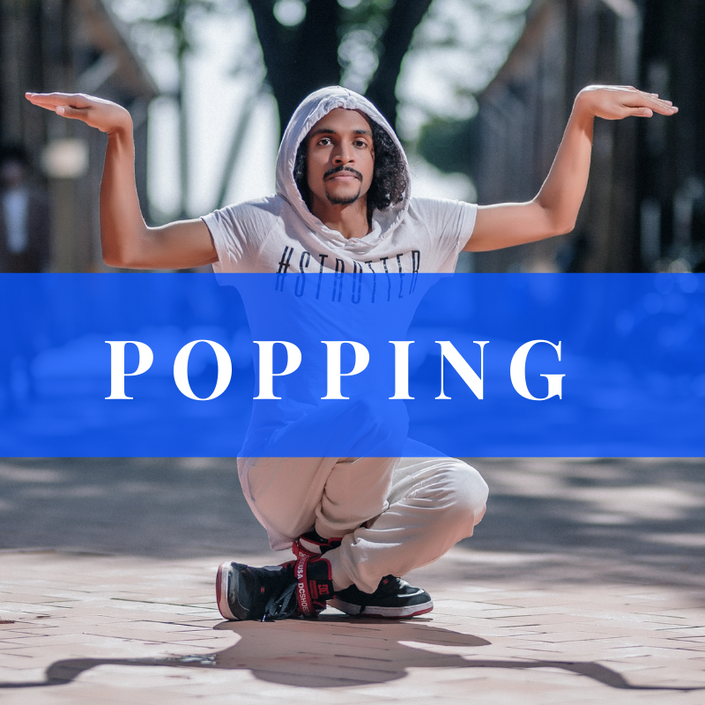 Get Trained in Popping Dance

The coupon code you entered is expired or invalid, but the course is still available!

This class incorporates fundamentals of Popping such as:

The skills taught in this program will also prepare students for the professional dance industry.

Certificate Program students are guided and mentored by their course instructor and are assessed regularly in order to ensure they are making sufficient progress.

This program is designed to allow students to meet certificate requirements within 6 months and students are expected to complete 100% of their assignments. Should a student fail to do so, their certificate will be placed on hold until they can complete the necessary assignments.

Upon completion of this program, certificate may be added to your Resumé as: 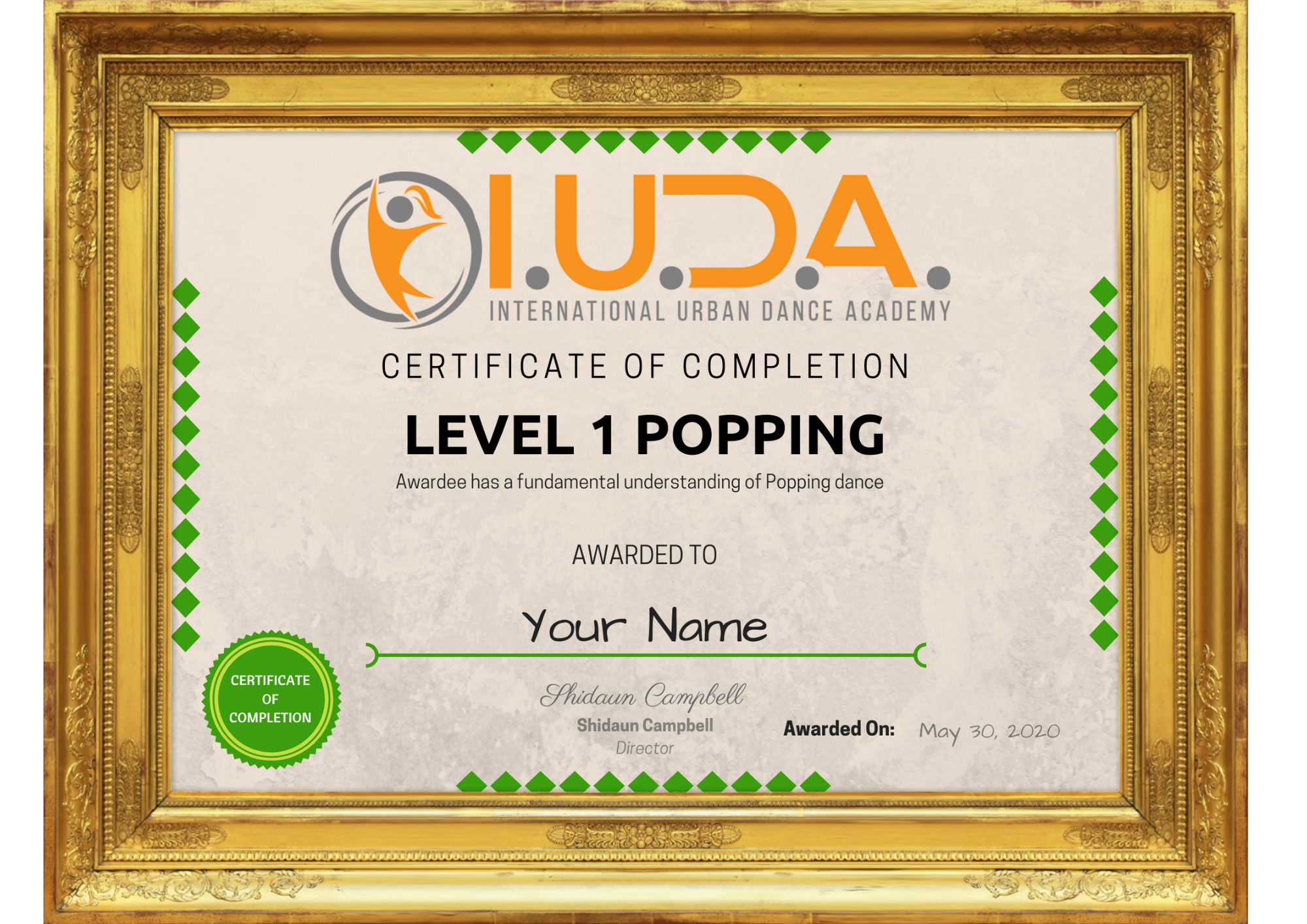 next a lesson to sample the course. 👇

(above ☝️) to view all of the lessons.

Can I use this certificate to teach?
If you are a teacher you can use this course as a guide while teaching. However, this is not a certification or a teaching certificate.
What is the difference between Level 1 and other certificates?
Unlike mastery courses and teacher trainings, a Level 1 Certificate serves as a building block for further education. Regardless of what you’re learning, steps must be taken towards mastery of a subject. This is one of those steps.
What can I use the certificate for?
Level 1 Certificate through the International Urban Dance Academy can be used as proof that you have completed this course and therefore, put forth the effort to learn the foundations of the dance. Also, this may be added to your resume as a proof of professional training you have received. 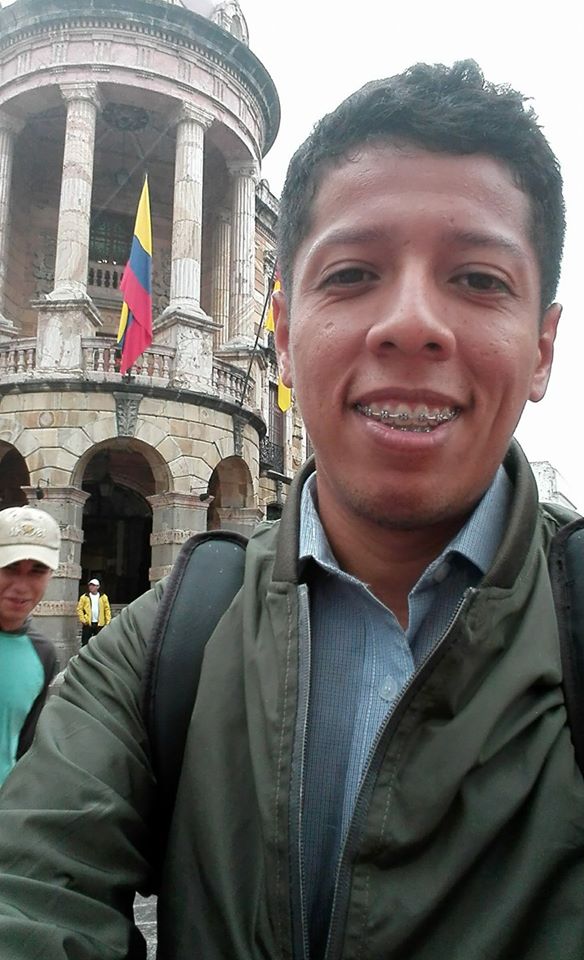 "If you want to improve your popping and learn about the basics of strutting, you have to get Africano’s online course!" 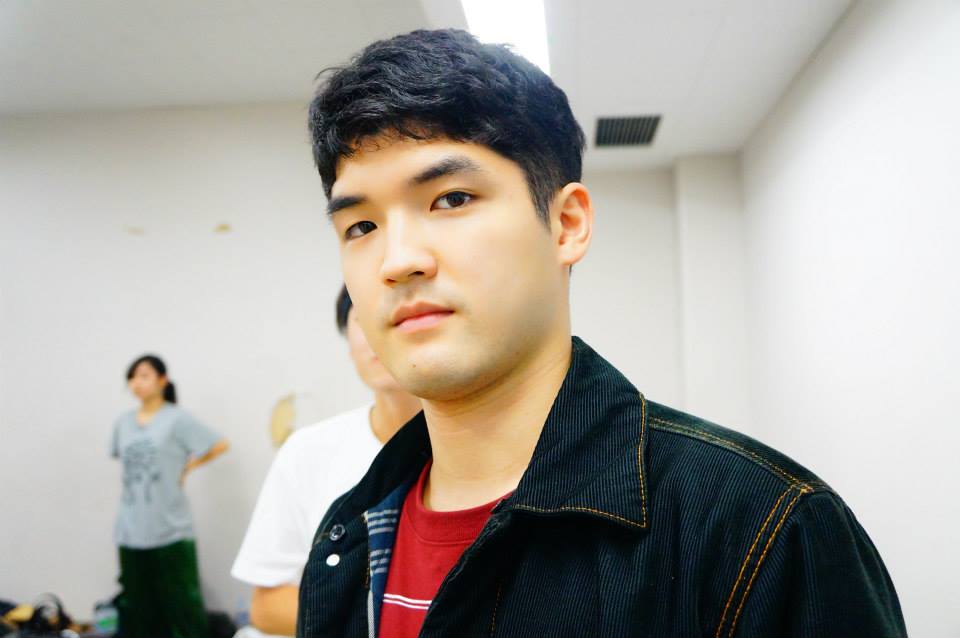 "These courses helped give me a deeper understanding of the movements of Popping dance.

I’m still working on it, but I can feel myself improving day by day." 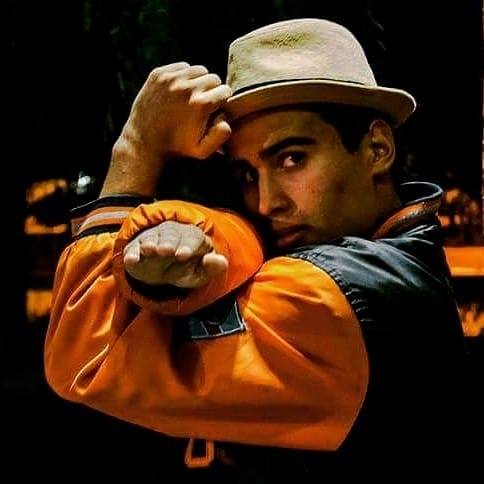 "Thanks to these courses my dancing has evolved a lot.

Every time I train, I practice what I’ve learned and it's really worth it!" 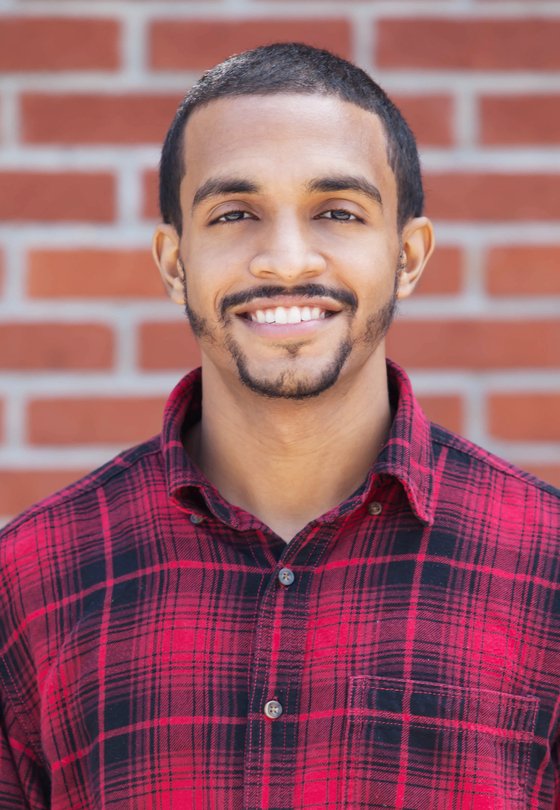 Africano is a native of Charlotte, NC (USA). He is a world renowned dancer, spoken word poet, vocal percussionist and visionary. Africano has opened for artists such as Big Boi, Cornell West, Nikki Giovanni, Rakim, the Cold Crush Brothers and the Universal Zulu Nation's 41st Anniversary. He also performed with Deeply Rooted Dance Theater in Chicago, and venues such as BAM Café in Brooklyn and the legendary Apollo Theater in Harlem. As an active member of his community, he believes in constructively using the arts as a vehicle to bridge the gap between cultures, nations and generations. In 2016, Africano debuted his choreographic and spoken word piece, "Walls to Heaven" at the Breakin' Convention in Charlotte, NC which explored his struggles of finding identity as a bi-racial teen. He is currently on tour, and has shared the culture of hip-hop dance teaching workshops in Trinidad & Tobago, Vietnam, Thailand, Singapore, Malaysia, Indonesia, Philippines, Myanmar, Kenya, Dubai, Ecuador, Peru, Argentina, Taiwan and served as a resident instructor at the Hinton Battle Dance Academy in Tokyo, Japan. Africano is a member of the international dance crew, Playboyz inc, who are at the forefront of pioneering Bay Area Strutting and Popping to the dance world. He continues to push the boundaries of theater, music and dance throughout the artistic community.

When does the course start and finish?
The course starts now and you have access for an entire year! It is a completely self-paced online course - you decide when you start and when you finish.
How long do I have access to the course?
After enrolling, you have unlimited access to this course for an entire year - across any and all devices you own.
What if I am unhappy with the course?
We would never want you to be unhappy! If you are unsatisfied with your purchase, contact us in the first 30 days and we will give you a full refund.
off original price!

The coupon code you entered is expired or invalid, but the course is still available!